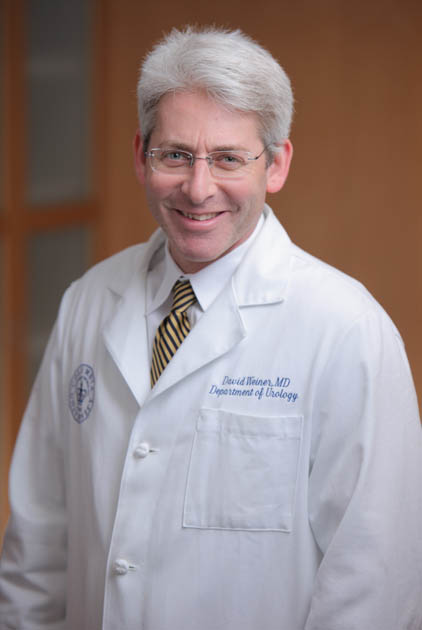 Dr. David Weiner, Assistant Professor of Urology, has joined the Department of Urology as a full time faculty member starting November 3rd, 2014. Dr. Weiner is a board certified Urologist who received his medical degree from UMDNJ New Jersey Medical School in 1994. He completed his residency in Surgery at the College of Physicians and Surgeons at St. Luke's-Roosevelt Hospital in 1996, followed by his residency in Urology at Columbia University Medical Center completed in 2000. Dr. Weiner has authored numerous articles and abstracts. He has also received several awards since 2000 including several Castle Connolly Top Doctors awards, a Gold DOC award from the Arnold P. Gold Foundation and in 2014, he was chosen by New York Magazine as one of New York's best Urologists. Dr. Weiner has 20 years of clinical Urology experience and will enhance the departments general urology/ambulatory urology division. His primary areas of interest include kidney stones, benign prostatic enlargement (BPH) and urinary symptoms.

Find a Urologist by: